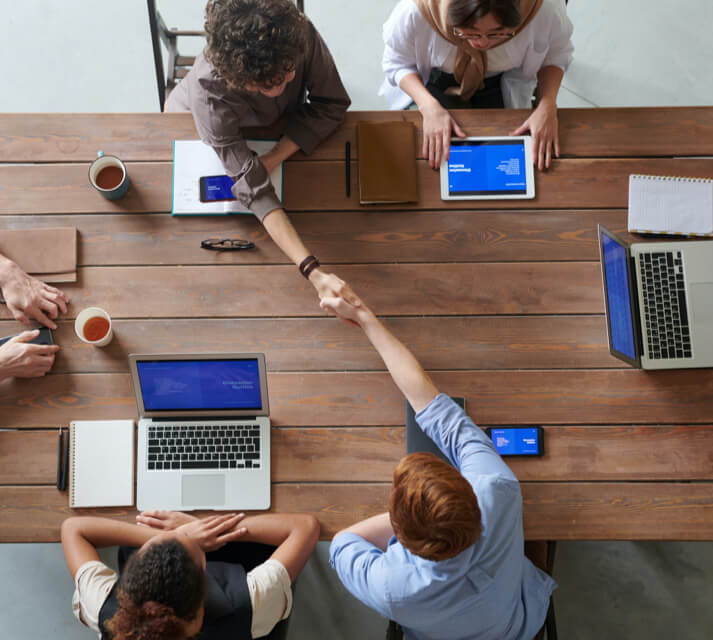 "As a result of Facebook's actions, consumers are likely to mistakenly believe that META's products and services emanate from Facebook or that META is affiliated with Facebook. The META mark is now infected by the toxicity that is inextricably linked with Facebook."

META, a small business operating in the immersive and experiential technology industry since 2010, today filed a lawsuit against Facebook. For 12 years, META has powered the types of experiences and products that Facebook is now building and has served the same creators and consumers that Facebook is now targeting. META’s lawsuit, filed by Pryor Cashman LLP, alleges that Facebook unlawfully seized the META mark and name — willfully violating META’s trademark rights and engaging in egregious acts of unfair competition.

“META has spent 12 years supporting, developing, and protecting the creator community, creators’ rights, and ironically, creators’ intellectual property. Facebook’s actions, illegally usurping our name and mark, have not only put our business in jeopardy, but that of the entire industry and the intellectual property rights of the innovators that have helped build it,” said Justin “JB” Bolognino, META’s Founder & CEO. “Since Facebook’s name change in late 2021, META has made good faith efforts to resolve this situation, but for eight months Facebook has refused to accept responsibility for its unlawful actions, leaving us no choice but to proceed with litigation.”

META’s Business META has a significant historical and present involvement in the creation and development of real-world and virtual social communities associated with the industry, as well as in fighting for the intellectual property rights, attribution, and financial interests of creators. META has also created, curated, and conducted revolutionary immersive experiences at some of the world’s largest events — including SXSW, Coachella and Cannes Lions. META’s Lawsuit META’s complaint alleges that Facebook is now doing exactly what META has done for over a decade under the META name and mark — conducting the same immersive experiences, at the same events and venues, and working with the same creators and same companies.

As a result of Facebook’s actions, consumers are likely to mistakenly believe that META’s products and services emanate from Facebook or that META is affiliated with Facebook. The META mark is now infected by the toxicity that is inextricably linked with Facebook.

“Not only has Facebook taken aim at our small business but also our reputation, which we have devoted our lives to building over the last decade. Facebook’s rebrand and total disregard for our legal rights creates great concern for us and for the community of individuals, artists, industry and luminaries who META has championed and collaborated with for years,” said Bolognino. ”Facebook acts like it can freely destroy the communities META has helped develop, overrun the industry, and obliterate META’s business. But today, META is taking a stand against Facebook’s flagrant and unlawful conduct.”

“Facebook has deployed its almost limitless resources to saturate the marketplace with its infringing META mark. This is textbook reverse confusion, which has caused, and is likely to continue to cause, significant and irreparable harm to META. Facebook cannot be allowed to continue its infringing conduct with impunity,” said Dyan Finguerra-DuCharme, META’s lead attorney and partner at Pryor Cashman LLP.

META’s History Bolognino, one of the pioneers of the immersive and experiential technology industry, founded META in 2010. Since then, he has worked with some of the world’s leading companies, institutions, and creators, and built META into a pillar of the immersive and experiential technology industry. Bolognino has also acted as a guardian of the creator communities associated with the industry — ensuring they are appropriately recognized, nurtured, and compensated for their extraordinary work.

In 2016, Bolognino joined forces with Nick Sciorra, an advanced media-technology strategist and IP attorney, now META’s Chief Strategy Officer. Together, they intensified META’s focus on specializing in technology, design, storytelling, and immersive experiences, both virtually and in reality, coining this as “The Art of Being There.” META has since partnered with brand clients including Spotify, Twitter, HP, Microsoft, and Google, and has championed a diverse range of digital and immersive artists from Beeple, Android Jones, Emily Baltz and VolvoxLabs to Softlab, SuperUber, and Dirt Empire, as well as musical collaborators such as St. Vincent, Skrillex, Porter Robinson, Troye Sivan, and Tiesto.

More recently, and well before Facebook’s name change, Bolognino and Sciorra furthered their pursuit of protecting creators and igniting the power of their uniquely diverse vision for a shared creator economy, by developing UNREALITY powered by META — a social network platform and marketplace tailored to creator communities. In line with their long-standing beliefs, the pair have developed strategies to build supportive tokenized creator grants for immersive and NFT artists and studios.

Bolognino and Sciorra believe creators should have sovereignty and creative controls within the marketplace, and have their intellectual property rights vehemently protected. This lawsuit is further evidence of Bolognino’s, Sciorra’s and META’s determination to fight for the intellectual property rights of all those in the industry and for all small businesses being engulfed by corporate goliaths.

More From My Blog